And the Kobe face was nowhere to be found during the game.

I would be shocked if it doesn’t make an appearance against the Heat on Thursday night.

I started off with some NBA2k12 in the AM and I finally created a my player for use in player mode which is addicting as ever. That’s all I really want to play at the moment. I also finished off the Legends Showcase DLC. It was fun playing with mini-fro Kobe again and all the other legends of the game. I unlocked a few more odd achievements which resulted in my score not ending in 0’s or 5’s. I need to fix that soon. I unlocked 6 achievements for 189 gamerscore before hitting the hay.

Victorious: Time To Shine graced my Xbox with its presence once again. The Xbox grew a face akin to a talking tree and told me to “Eat shit and die.” I unlocked 18 achievements for 480 gamerscore. I’m only missing two achievements for the completion and what’s holding me back is gold starring a single musical performance with the drums. I have no idea why this is giving me such fits. I even busted out my Rock Band drum sticks to play along with it and that did not help. I have the track stuck in my head and I find myself breaking out in song during the day. It goes something like this “cause its alright, keep it together.” Here, have a listen for yourself.

I also have a Glee song stuck in my head. Actually, two of them. “Don’t Go Breaking My Heart” and “Marry You”

This is a debilitating disease I need to get control of a.s.a.f.p.

I’ll have another crack at the little drummer boy portion soon.

That put me well over the 14 achievements I needed for the day. I had to continue along to show Kobe that he is good but I’m Tony Danza.

Even though his talk show was cancelled after 10 minutes, he is still and always will be, The boss.

Since my Kinect was all warmed up, even more so than usual due to my cat snuggling up next to it, I decided to keep the Kinectethon rolling by picking Kinect Sports as my next choice. There is some free DLC I picked up off the marketplace, and yes, it does include extra achievements. It’s mostly just new mini-games, which is fine in my book. I unlocked 5 achievements for 120 gamerscore. Kinect Sports is up to 1,500 gamerscore points and I have less than half of those.

Popped In Jillian Micheals to get my 3 consecutive days played achievement. 1 achievement for 15 gamerscore.


I got some more time with my player mode on NBA2K12 and I’m making progress in that slowly but surely. It takes a very long time to get all those achievements. It also reminds me of how I need to go back and finish NBA2k11. I still need to plug away on basketball games to fend the vultures off my #1 hoops gamerscore title.

I  topped off Mass Effect 2 by finishing off the Arrival DLC. March can’t come soon enough! Mass Effect 3 comes out then for those that have been living under a rock or don’t care for Mass Effect. How dare you! Mass Effect 2 is the last game that really grabbed me by the balls and said “Play me until the break of dawn.” I was freaking hooked on that game. I’m talking about a peanut butter and jelly everyday hooked. Let me explain that. Screw sleep, screw respsoniblites, screw eating properly, screw showers, and ignore your significant other until you get nagged to death for not spending enough time with them. The stars align and your world revolves around that game for however long it lasts. And this feeling, this joy, rarely happens to me. Maybe three to four times per generation. Getting really hooked on a game is one of the best feelings in life. It’s what I enjoy doing. People feel the same way about movies and books. There’s nothing wrong with feeling that way about a game and thankfully, it’s becoming more acceptable every day that passes.

Popped in Cabela’s: Survival to capture a couple of quickies.

Tried my luck at CHAOS; HEAD NOAH and I’m making good progress. Hopefully the conclusion ends in a completion unlike 11 eyes Cross Over.

So, I was listening to the newest Jalen Rose podcast and he mentioned how he subscribes to Google Alerts about himself. Anytime someone blogs or says something about him over the interwebs, he will find out and hunt you down. I decided to do the same thing for the hell of it.

Well….I haven’t played Goldeneye: Reloaded in a few months now and the guy claims he killed me a few days ago. So if he killed me yesterday, he either did this killing of me in his dreams, there is a Stallion83 impostor on Xbox LIVE, or the dude is just flat out lying. Take your pick.

The Lakers and Kobe take the court again on Thursday and Firday night. Which means more back to back challenge days for me coming Friday and Saturday.

As I said on Day 7, Kobe had another


Kobe continues to be red hot. He had another 40 plus point night scoring

The Lakers and Kobe played again on Saturday night. He scored another 42 points. That’s 4 games in a row at 40! Crazy stuff. They play again on Monday night.

Since starting this challenge Kobe has averaged an outstanding 38 points per game.

Stallion83, Pigimus Prime, StophJ, Omega Deez, and Phatal1ty all are all together again this week…. for the most part.

Send “who am I” answers to E-mail: Gspopcast@gmail.com


Kobe is absolutely on fire! He

KR: Glee Vol. 3 to get things started. 2 Achievements for 150 Gamerscore.

Stayed with the Rabbits in the AM to unlock a few stragglers before moving on. 4 Achievements for 50 Gamerscore obtained.

I then perused the Xbox LIVE marketplace and found a deal on Shrek-n-Roll for half price. It came out in 2007 and is nothing special. You use both sticks to control a teeter totter like wooden plank with food in the middle which you need to navigate around obstacles to baby ogres. It’s weird! Oddly enough, I kind of like the concept. Try the trial before spending your $5 bucks. I unlocked 8 achievements for 120 gamerscore before tapping out for the night.

NBA2k12 was the next game I played much later in the day. I purchased and downloaded The Legends Showcase DLC for 800 MSP. It features some new features such as H-O-R-S-E, 3-3 Era challenges, and  a change in the style of graphics. H-O-R-S-E remind me of those old McDonald’s commercials featuring MJ and Larry Legend.  It also has 10 achievements for 250 Gamerscore. I ended up unlocking 5 achievements for 96 Gamerscore before moving on. I did get my gamerscore back on track making it end in zeros or fives with an achievement for the game that was worth 16 points. It has two more odd achievements that are worth 23 and 21.

The final game was Eat Lead JP which I unlocked most of the achievements  for the day on. 22 of them for 490 Gamerscore.

Since I started this challenge Kobe is averaging an amazing 37.4 points per game. Practically unheard of for a guy with so many minutes played or for any player for that matter. 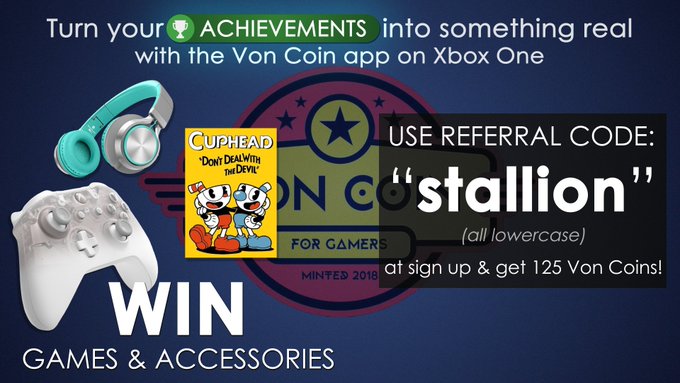